Working with the team at The Wild on a campaign called ‘We Are England’, which set out to celebrate the rich diversity of England’s football fan base.

Through research carried out via YouGov and Word on the Curb, we uncovered that the Curbsights respondents were more likely than the population at large to support the England football team through the Euros, but less likely to feel pride in wearing the England shirt. The Wild wanted to reimagine the national football shirt, that many felt disconnected from, by designing a shirt that would represent an individual’s identity and their heritage, a shirt people could feel proud to wear, rid of negative connotations. Teaming up with influencers including Jemel One Five, Joelah Noble and Paigey Cakey, We produced custom England shirts that were representative of the wearer’s diverse background. 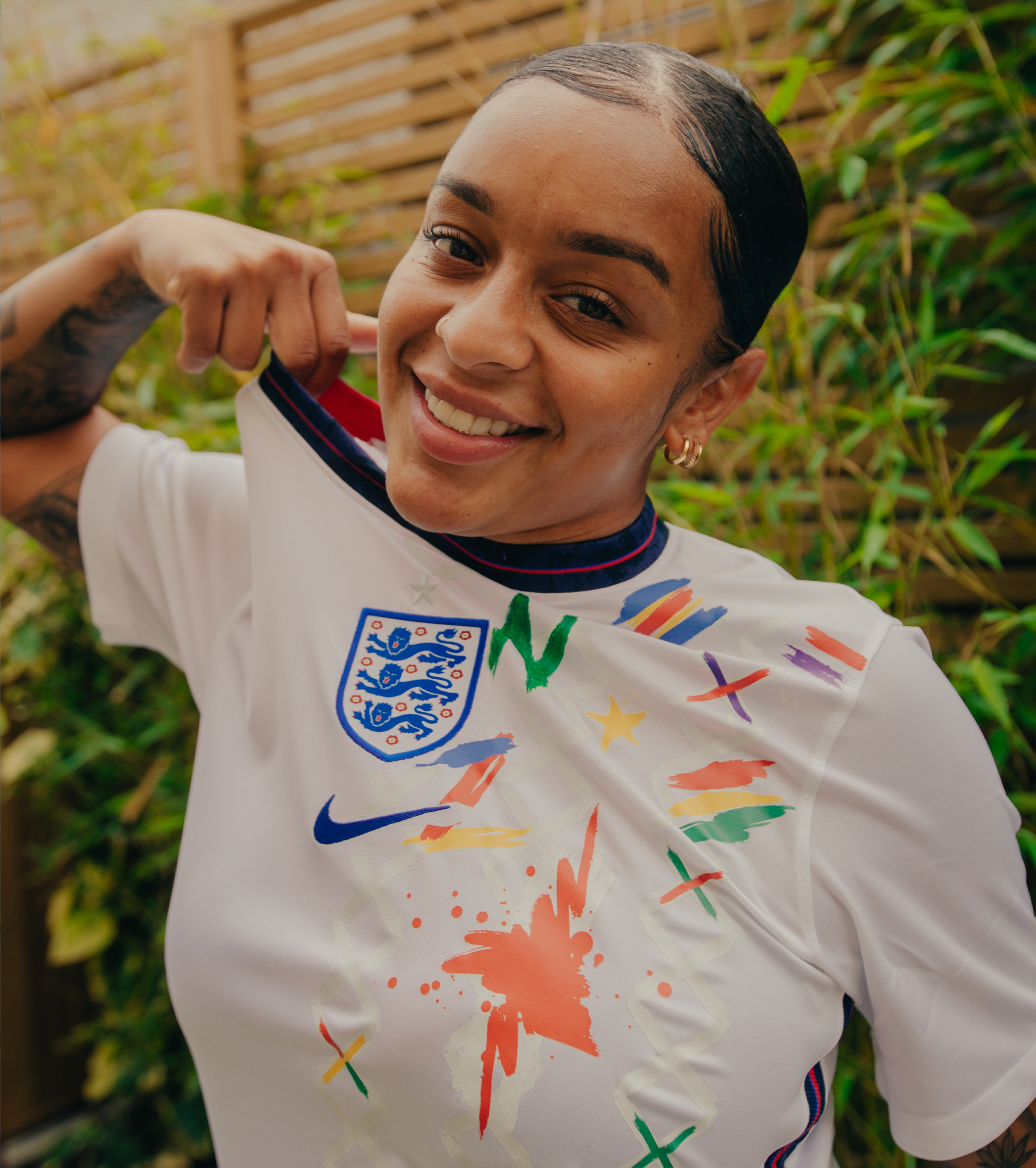 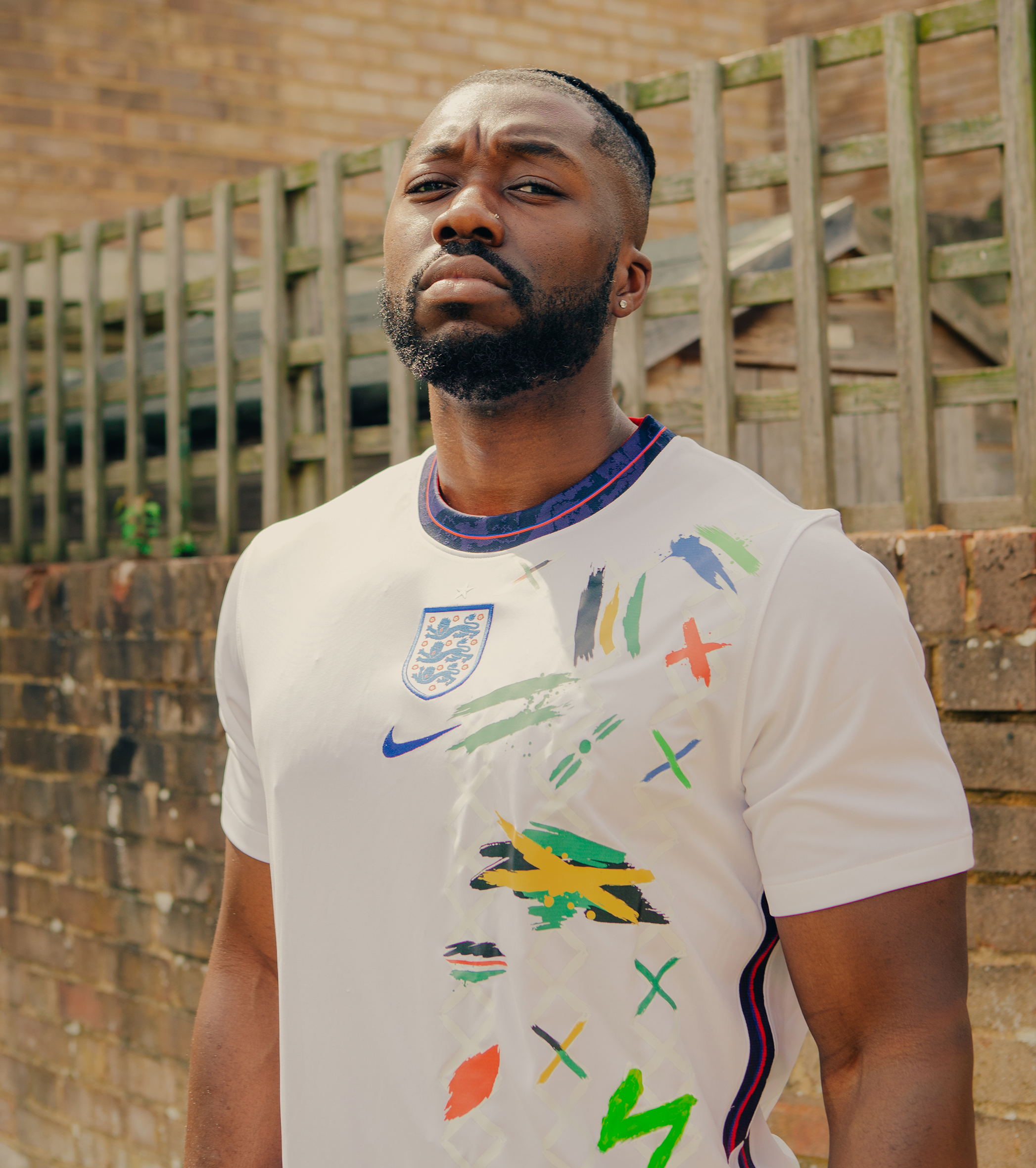 I was set with the challenge to create a series of marks/symbols to represent each Influencer’s heritage in an abstract way. These were then worked up into individual shirt designs and here is the process below… 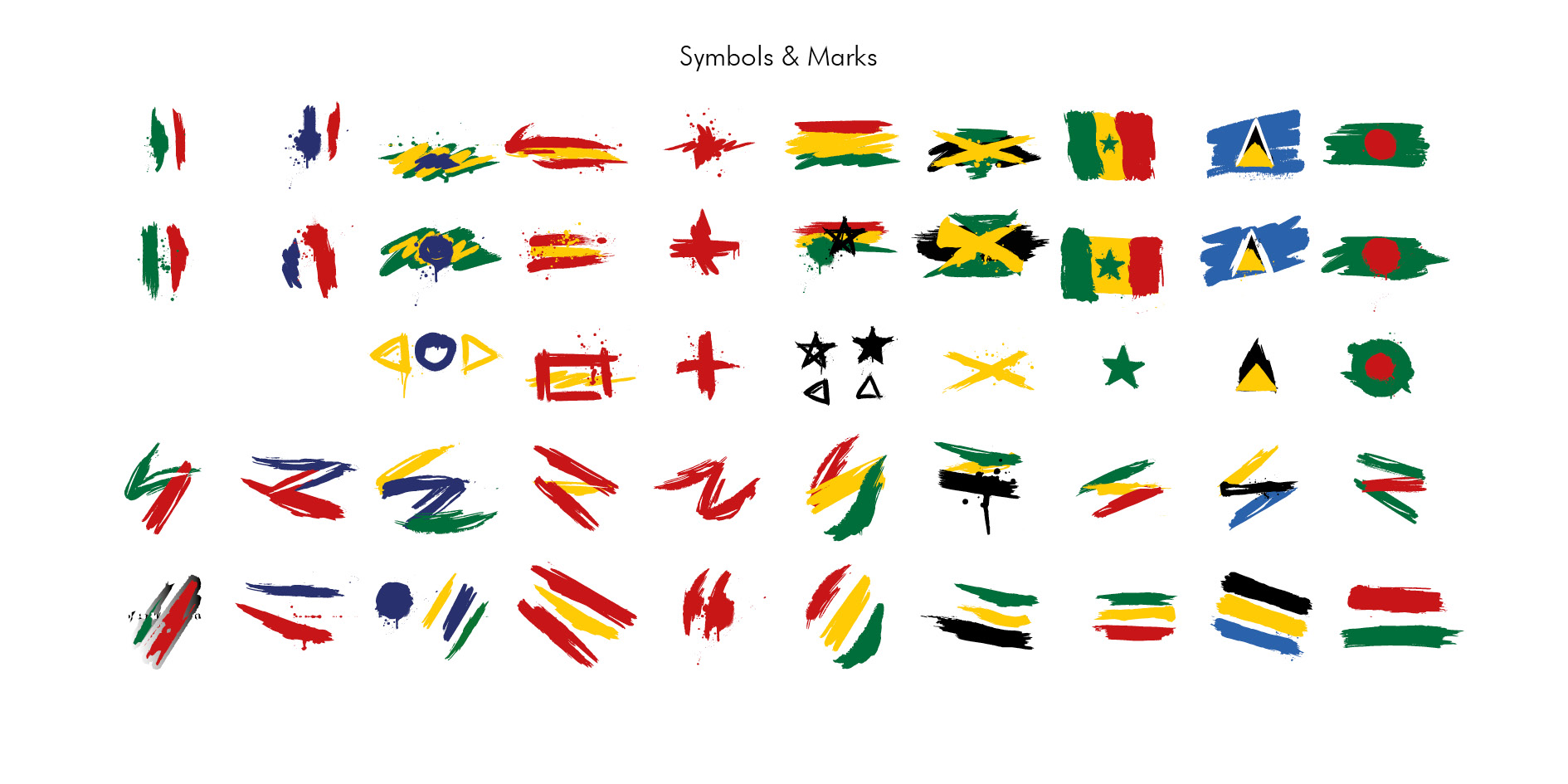 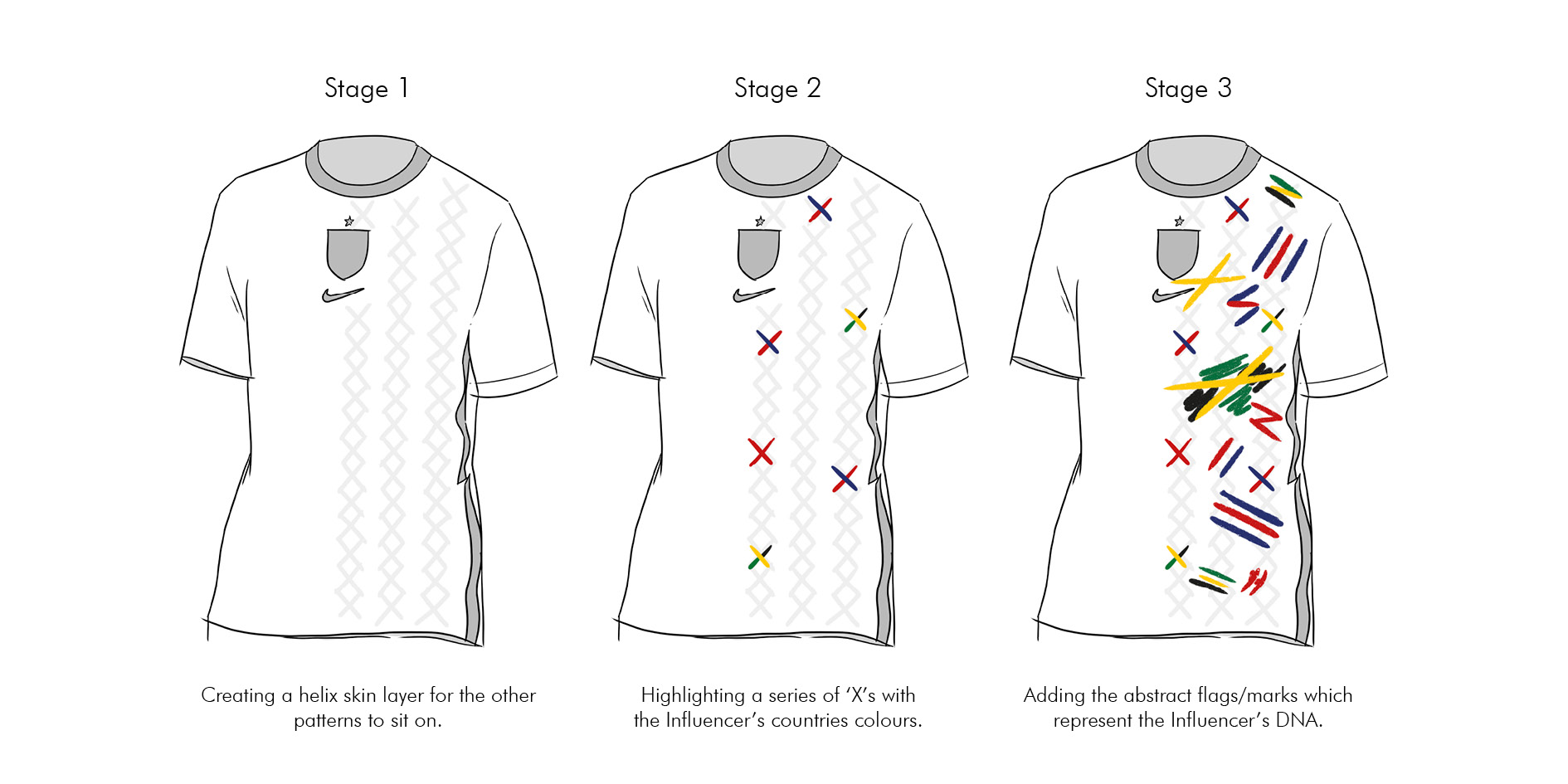 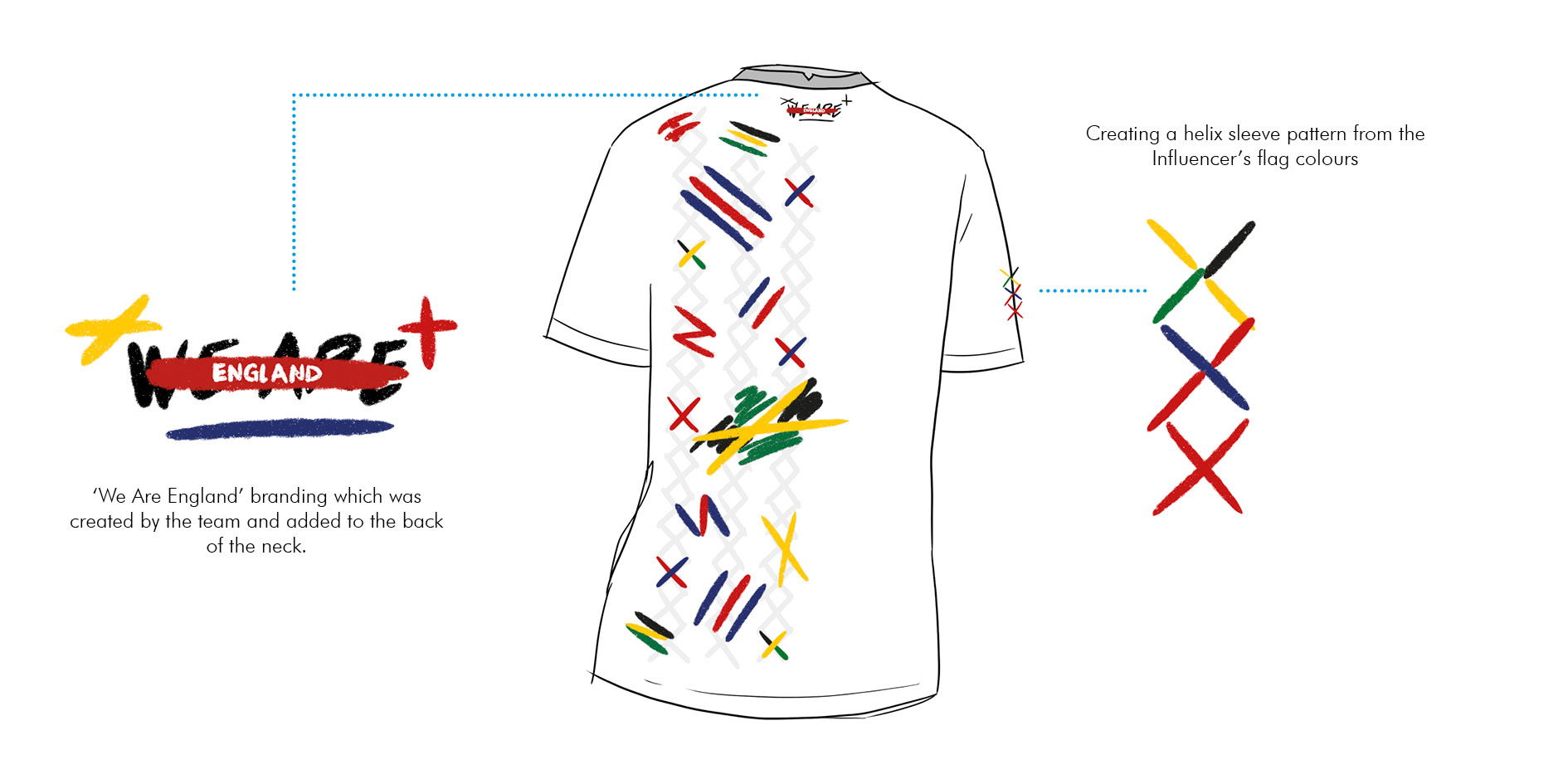 This campaign has been featured by The Drum as one of the 10 best ads of the week and also featured on the Campaign Magazine UK website.